Briar Bay Golf Course is a par-31 executive golf course, built on thirty acres, eight blocks west of US-1, north of SW 136th Street. Designed by Bruce Devlin and Robert Von Hagge, and built in 1974 by real estate developer Alec Courtelis, it opened for play in January of 1975. The Miami-Dade County Parks Department acquired Briar Bay in 1979 and has operated it since that time. 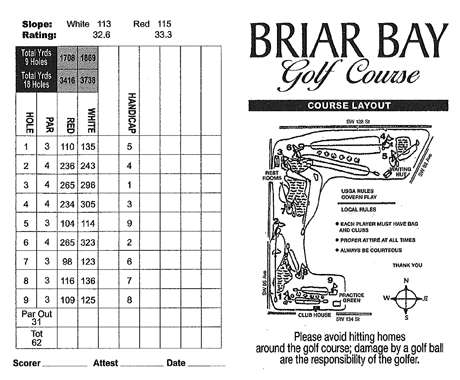